Stylist Kate Drury has won a second creative award of the year, taking home first place in the Goldwell Creative Awards held in London recently.
Kate, from MODE Hair in Chipping Campden, was announced as the winner of the New Talent Creative Colorist of the Year National Gold Winner at an event live-streamed to salons globally and will now represent the UK at the international final later this year.
Kate picked up her first award at the British Hairdressing Awards in November, making her the current Newcomer of the Year.
Kate said: “I’m thrilled to have won such a massive competition with the help and support of an amazing team and family at MODE Hair. I’ve had a wonderful time taking part in the Goldwell mentorship programme and I’m really proud of my image. This has been an incredible year so far, I’m looking forward to what’s next!!
Salon owner Martin Crean is no stranger to winning awards – he has won Wales & South West Hairdresser of the Year three times and the team are the current Artistic Team of the Year – says: “I am delighted for Kate, she worked really hard putting her concept and her image together. The Goldwell Creative Awards are one of the most inspirational and creative competitions in hairdressing and for Kate, there’s lots of exciting things to come!” 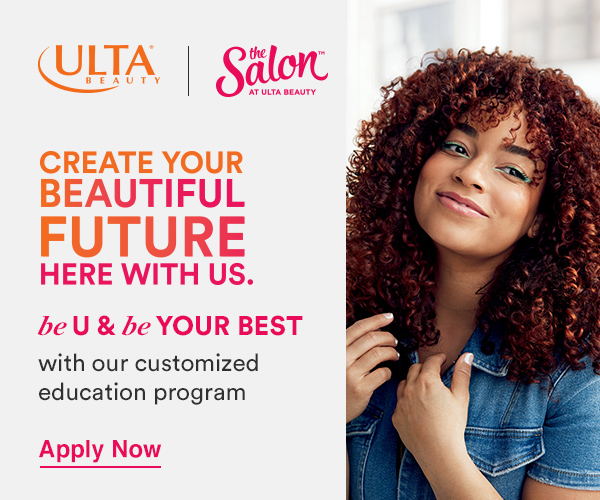